Those Fabulous Stars Of Black And White - In Color!

Let's take this year out with some dazzle, ok?

Be colorful in whatever you do tonight.  Be a STAR!!!
Posted by FelixInHollywood at 12:00 AM 9 comments:

When The World Was Young...

The Roxy - From Begining To End It Was All Gloria.

In 1927, megastar Gloria Swanson moved into a new phase of her sizzling career by producing her first picture, "The Love Of Sunya". 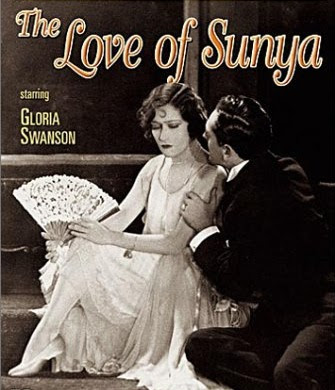 Perhaps it's fitting that her film was selected to open the brand new Picture Palace to end all Picture Palaces, The Roxy.  It's cutesy little, term of endearment, nickname was "The Cathedral Of The Motion Picture".  Here's why:


The Grand Foyer contained 'the worlds largest oval rug' and sported a massive organ on the mezzanine for the sole purpose of entertaining people as they entered.

The house seated a mere 5920 patrons (though extra seats were installed for the opening to accommodate 6200).

The entire theater house was designed on a diagonal thus tucking the stage in a corner.  As a result the stage (which was built not only for movie screening but also for live productions) was not a large as you might think. 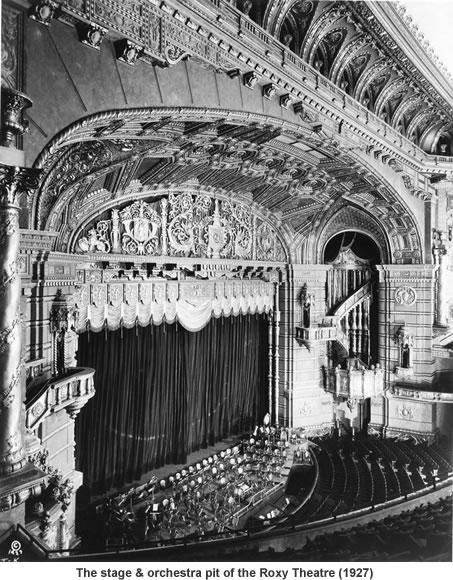 Despite the stage limitations, the theater had a couple of  support facilities including two stories of private dressing rooms, three floors of chorus dressing rooms, huge rehearsal rooms, a costume department, staff dry-cleaning and laundry rooms, a barber shop and hairdresser, a completely equipped infirmary, dining room, and a menagerie for show animals. There were also scores of offices, a private screening room seating 100, and massive engine rooms for the electrical, ventilating and heating machinery. The Roxy's large staff enjoyed a cafeteria, gymnasium, billiard room, nap room, library and showers.

The theater's stage innovations included a rising orchestra pit which could accommodate a symphony orchestra of 110 and a Kimball 5 keyboard pipe organ. 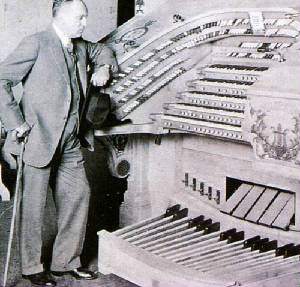 "The Roxy Hour" was broadcast weekly to a nation wide audience on the NBC radio network from the theater's own broadcast studio.

The place was grand, massive, solid and seemly built to last forever.  But as the Studio System was wheezing it's last gasping breaths, just 33 years and 18 days after it's grand opening, The Roxy closed on March 29th, 1960.

The bad news is, by October of 1960 it was being demolished (this, I believe, is what they call progress).  The good news is, the ever-spectacular Gloria Swanson had a keen understanding for a dramatic historical moment, and God knows, that dame could take a picture.  So, with Life Magazine photographer Eliot Elisofon in tow, La Swanson showed up with all of the same fabulosity she'd possessed in 1927: 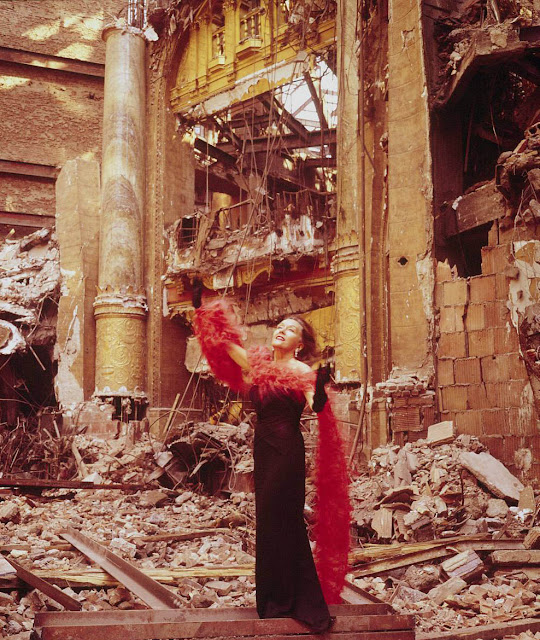 Posted by FelixInHollywood at 12:00 AM 6 comments: 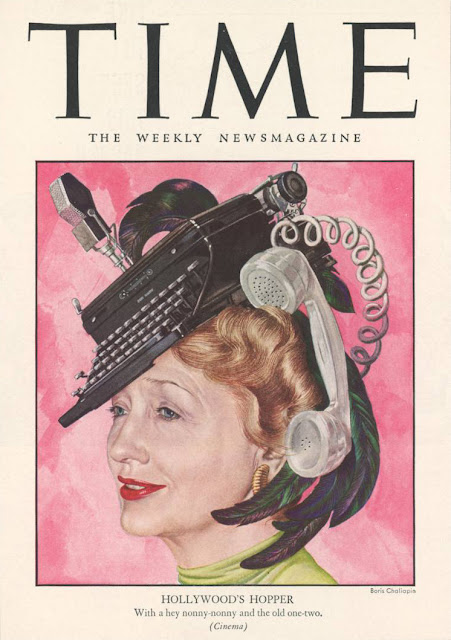 If the pomposity  of the cover isn't bad enough, here in this excerpt from the article is Hopper's side of a phone call to Joan Crawford inquiring (in the way that she did) about a supposed romance with cowboy actor Don Barry.
"Hello. This is Hedda Hopper. Put Joan on....Hello, Joan?...All right, dear, tell me all about it....Well, he says it's pretty serious. . . . Oh, come on, you can't fool me. Are you in love with him? . . . Now look, dear, I always ask personal questions....Well, how do you get a man to hang that much mink around your neck if you're not serious about him?...I know you're hedging. You can't fool Hopper....Well, you can answer whether you're in love with the guy and intend to marry him....Now look, Joan, I've known you for a great many years and you've never been a gold digger in your life. I just don't think you've got it in you. So when you go accepting expensive ice from this guy I know there's something up. So you might as well spill it, baby. ... All right, dear, you've given me your answer by indirection....By the way, I hear you're adopting two more children. How old are they this time?..."

Quite a glimpse into the not fun side of being a big star during the Hedda/Louella occupation.  Me thinks the power went to her hedda.
Posted by FelixInHollywood at 12:00 AM 3 comments:

I join Jason, Ayem8y and millions of others in grieving the loss of Teena Marie.  And of all her songs that I love and play, this is the one.  Her bio in three and a half minutes:  her ups, her downs, her devotion and her courage.  It's helped me through many a rough day. 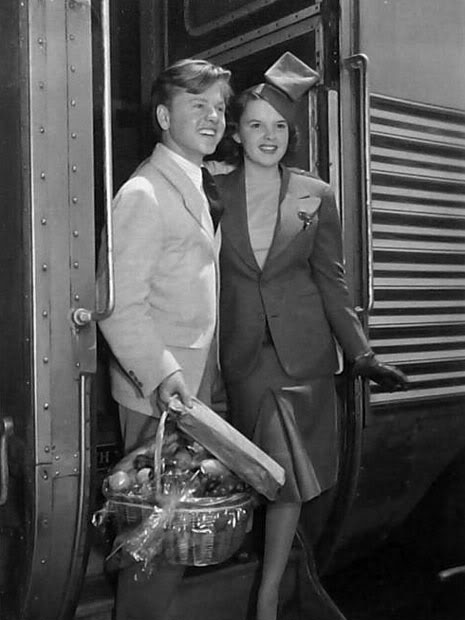 A basket of fruit - A carton of cigs - and thou.
Posted by FelixInHollywood at 12:00 AM 5 comments:

Email ThisBlogThis!Share to TwitterShare to FacebookShare to Pinterest
Labels: 1930s, Everything goes back to Judy, Mickey Rooney 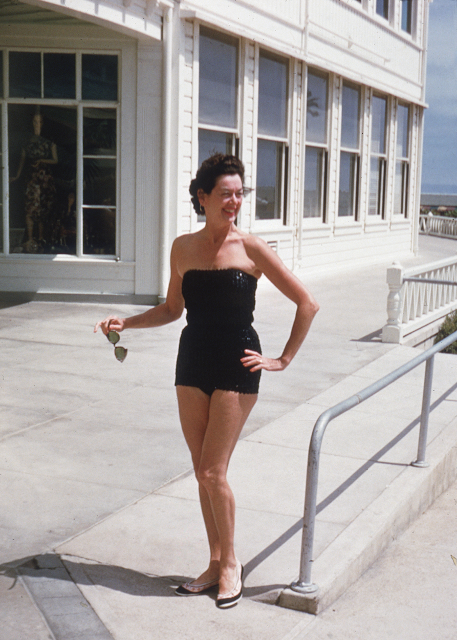 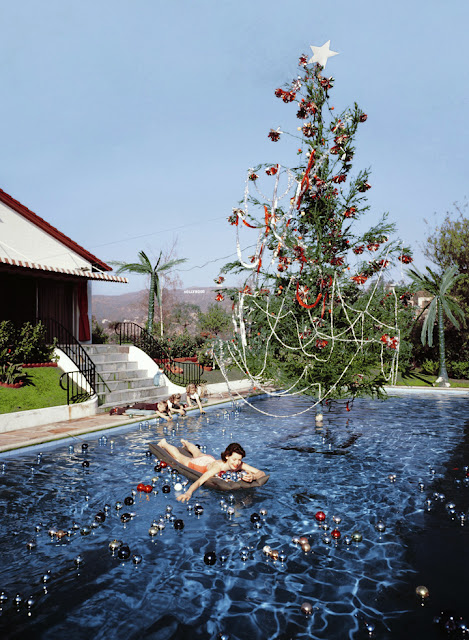 And for my friends who don't observe the holiday, here's hoping you enjoy that other fine yuletide tradition:  Going to a movie and then eating Chinese!
Posted by FelixInHollywood at 12:00 AM 9 comments:

Email ThisBlogThis!Share to TwitterShare to FacebookShare to Pinterest
Labels: Friends, Holidays, My Hood

All About Christmas Eve 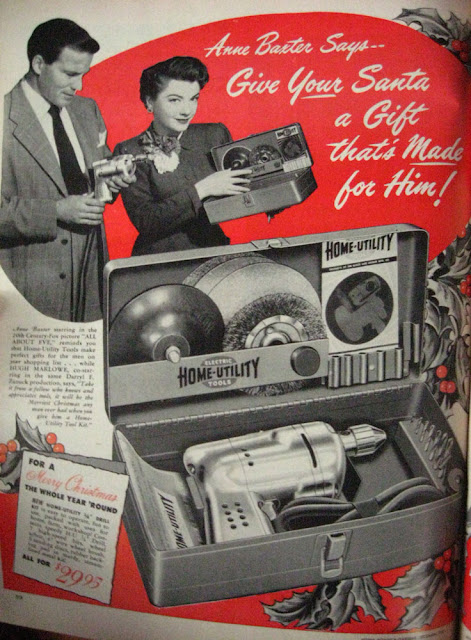 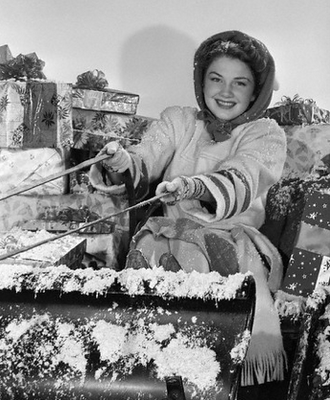 Posted by FelixInHollywood at 12:00 AM 12 comments:

To Missy From Joan 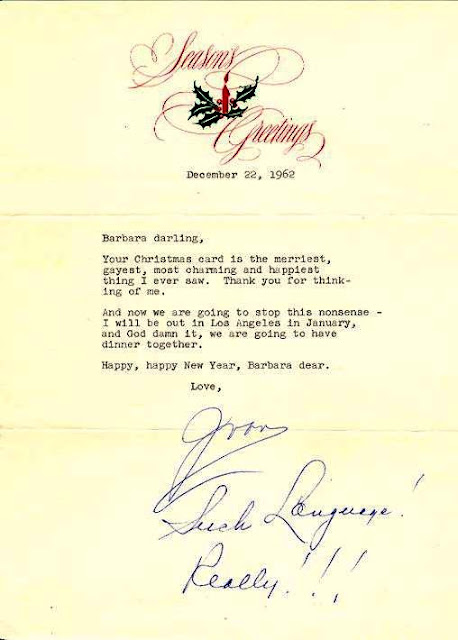 Bet when Joan got to LA in January of '63 she and Barbara had lunch at the Y.

Letter found here
Posted by FelixInHollywood at 12:00 AM 3 comments:

.....or, All I Want For Christmas (in no particular order)


Posted by FelixInHollywood at 12:00 AM 7 comments:

The Mystery Gets Revealed! 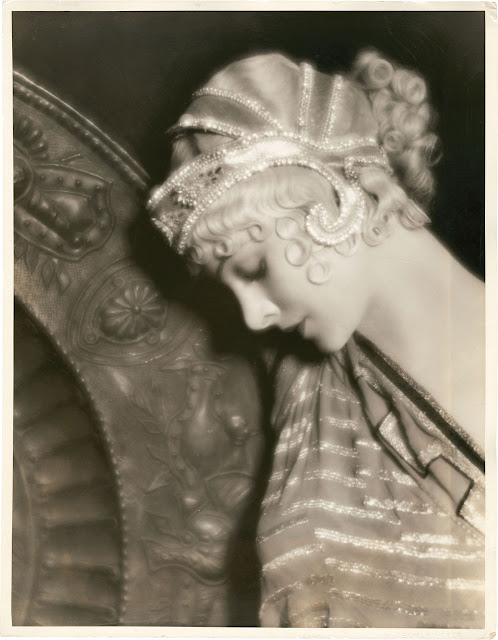 Oh why do I even try!  As suspected the mystery was first solved tout suite by Clara, who becomes today's Smartest Girl In School!

Yes kiddies, it's your favorite, my favorite, everybody's favorite:  MYRNA LOY!
The shot above is from a 1930 First National picture called "Bride of the Regiment".
Loy was 5th on the cast list and (my seven least favorite words in the world) 'this film is thought to be lost.' 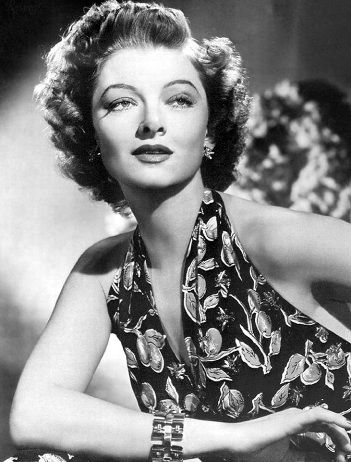 Miss Loy was gorgeous, frank, honest, hilarious, dramatic and a major political lefty.  In short, I probably coulda jumped the fence for her!

Now since you are all so smart, I'm gonna share my two latest favorite shots of her: 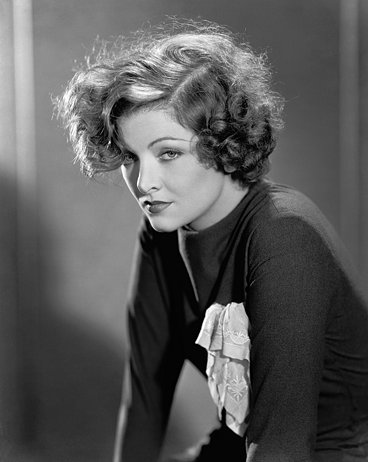 Posted by FelixInHollywood at 7:00 PM 4 comments: 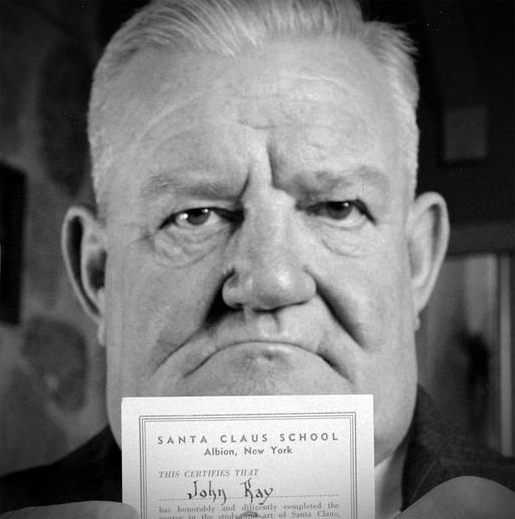 On the other side of Santa Claus Lane..... 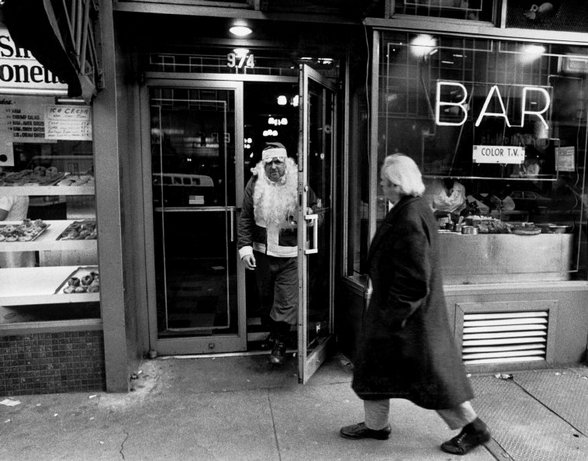 Posted by FelixInHollywood at 12:00 AM 5 comments:

Email ThisBlogThis!Share to TwitterShare to FacebookShare to Pinterest
Labels: Holidays

Posted by FelixInHollywood at 12:00 AM 5 comments: 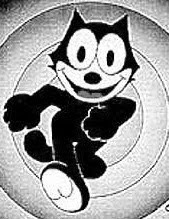 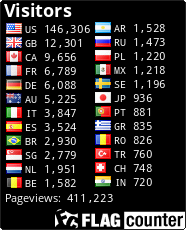